Photo of Harry Langdon in Front of
The DONNA SUMMER "FOUR SEASONS OF LOVE" Exhibition Marquee.
GRAMMY Museum, at L.A. LIVE, 4TH FLOOR.
All Photos Taken on A Nokia Lumia 1020.


If you have not visited the GRAMMY Museum, I highly recommend it! The Donna Summer "Four Seasons of Love" Exhibition is open through Spring of 2015. Many of the album covers and test shots selected were taken by Harry throughout Donna Summer's career.


The curatorial staff did a fantastic job sharing the story of her amazing life, as a 5-time GRAMMY Award winner through her music; photos; memorabilia; costumes; her original art; and classic film footage!


Many thanks to GRAMMY Museum's Alyssa Hankins, Marketing & Social Media Strategist, for inviting Harry to see the exhibition, and tour the Museum;  and to GRAMMY Museum Associate Curator, Nwaka Onwusa, for walking us through and exchanging stories with Harry.

Thanks again, he greatly appreciated the warm welcome
and hospitality from everyone at the GRAMMY Museum!

Posted by Harry Langdon at 10:59 PM No comments: 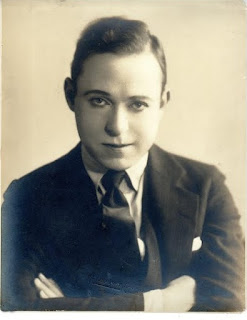 
This Saturday Night, January 20, 2018, Harry Langdon, Jr. will join Author Gabriella Oldham, who will be speaking on her biography of silent comedian Harry Langdon. One of Langdon Sr.'s films, "Remember When" will be shown.


Ms. Oldham will also be signing her books which will be for sale at the Museum Store. 7:30 Saturday evening, The Hollywood Heritage Museum, 2100 N. Highland Ave., Hollywood, CA (across from the Hollywood Bowl.)

Musical accompaniment for the evening will be provided by Scott Lasky of the Famous Players Orchestra. Tickets for Hollywood Heritage Members are $7.50 and General $15.00. To purchase please click here and be redirected to Brownpaper Tickets.  To purchase at the door, please call the Hollywood Heritage Museum: directly at (323) 874-4005.


An Evening with the Author: Gabriella Oldham
(Copy taken from Brownpaper Tickets)


Hollywood Heritage, Inc. will be presenting a special "Evening with the Author: Gabriella Oldham" on Saturday, January 20, 2018 at 7:30PM. The program will include a lecture, film clips and sales of the new book Harry Langdon: King of Silent Comedy", published by The University Press of Kentucky.


Among silent film comedians, three names stand out-Charlie Chaplin, Buster Keaton, and Harold Lloyd-but Harry Langdon indisputably deserves to sit among them as the fourth "king." In films such as "The Strong Man" (1926) and "Long Pants" (1927), Langdon parlayed his pantomime talents, expressive eyes, and childlike innocence into silent-era stardom. This in-depth biography, which features behind-the-scenes accounts and personal recollections compiled by Langdon's late wife, provides a full and thoughtful picture of this multifaceted entertainer and his meteoric rise and fall. 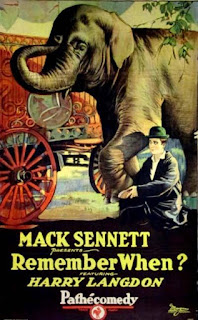 Authors' Gabriella Oldham and Mabel Langdon explore how the actor developed and honed his comedic skills in amateur shows, medicine shows, and vaudeville. Together they survey his early work on the stage at the turn of the twentieth century as well as his iconic routines and characters. They also evaluate the early sound period, including his decision to part ways with director Frank Capra. Despite his dwindling popularity following the introduction of talkies, Langdon persevered and continued to perform in theater, radio, and film-literally until his dying day-leaving behind a unique and brilliant body of work.


Featuring never-before-published stories and photos from his immediate family, this biography is a fascinating and revealing look at an unsung silent film giant. Ms. Oldham will be signing books following a special screening of film highlights from the career of Harry Langdon presented by historian Stan Taffel.

At-A-Glance:Tickets for Hollywood Heritage Members are $7.50 and General Admission is $15.00.
To purchase please click here

Or visit the Hollywood Heritage Museum online at: www.hollywoodheritage.org 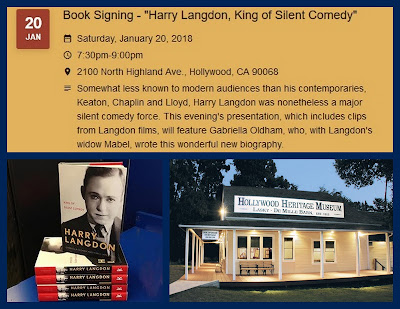 Posted by Harry Langdon at 11:40 PM No comments:

MEET HARRY LANGDON JR., SATURDAY, DECEMBER 2ND AT THE 6TH ANNUAL “AFTERNOON WITH THE AUTHORS” AT THE HOLLYWOOD HERITAGE MUSEUM


“AFTERNOON WITH THE AUTHORS”
Hollywood Heritage Museum
Saturday, December 2, 2017
12:00-4:00pm
Harry Langdon, Jr.
Nothing on a Stage is Permanent: The Harry Langdon Scrapbook 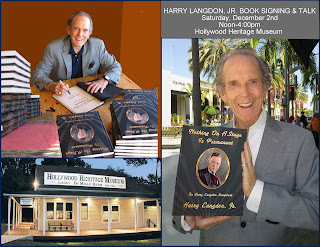 
Hollywood, CA -- Iconic celebrity photographer Harry Langdon Jr., will be speaking and signing copies of his book, Nothing on a Stage is Permanent: The Harry Langdon Scrapbook, featuring rare images of his father and life on set beginning in the late 1800’s. This talk and book signing is taking place at the Hollywood Heritage Museum, Saturday, December 2nd, 12:00-4:00pm.

Harry Jr., will be available to sign copies, share stories and chat, during the 6th annual "Afternoon with the Authors," billed as, an opportunity for members and the public to meet the authors of books and publications with Hollywood as their theme and to have those books signed by the authors as gifts for the holidays. Admission is free, please arrive early as it will be standing room only.

"We are honored to have him as a guest author at our event, speaking on and signing his book, "Nothing on a Stage is Permanent: The Harry Langdon Scrapbook." Richard Adkins (President, Hollywood Heritage Museum) 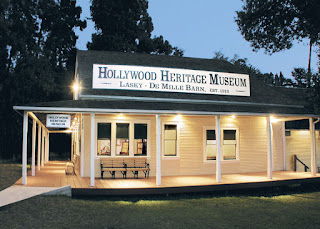 Nothing on a Stage is Permanent is a luxuriously crafted hardcover coffee table book, published by Walker Anthony Books. The 200-page photographically illustrated book, visually tells the story of Harry’s father's life and career, beginning with the turn-of-the-century medicine shows, moving on to vaudeville and Broadway, then continuing on to his career in motion pictures. It is the perfect holiday gift for a silent film enthusiast, film buff friends, or loved ones, and can be purchased the day of at the book store located inside the museum. 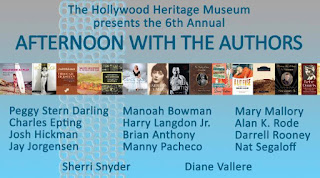 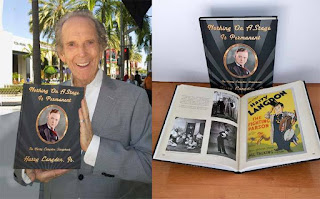 About Harry Langdon, Jr.: Born and raised in Hollywood, CA. Since the mid 60's, Harry Langdon, Jr. has been preserving moments in time with his camera, living and working by the credo "Each photo session is a new creative adventure that cannot be compared with any other art form." Because of this belief, his clients come from around the world to have him photograph them. "They are some of the most beautiful and influential people in the various fields of entertainment, business, religion, politics, royalty, sports, advertising and the printed page." 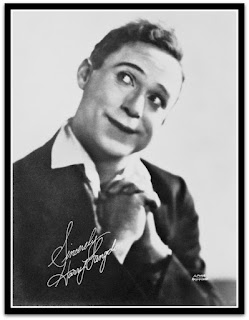 
Harry, Jr., is known for his uncanny ability to light sets and subjects based on styles and angles. The design techniques he learned growing up on silent film sets, make his expertise highly sought after and his photographs instantly recognizable. Harry, Jr., is considered one of the greatest photographers in the world. He lives in Beverly Hills, CA and is the only son of the late, multifaceted entertainer, comedian and silent film star, Harry Langdon, Sr. For more information on Harry Langdon, Jr., please visit: www.HarryLangdon.com

“AFTERNOON WITH THE AUTHORS”
Hollywood Heritage Museum
Saturday, December 2, 2017
12:00-4:00pm
Harry Langdon, Jr.
Nothing on a Stage is Permanent: The Harry Langdon Scrapbook 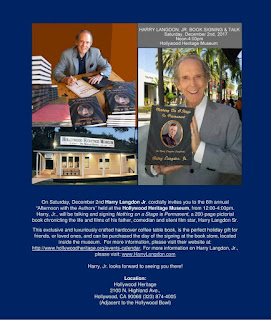 Posted by Harry Langdon at 8:10 PM No comments: 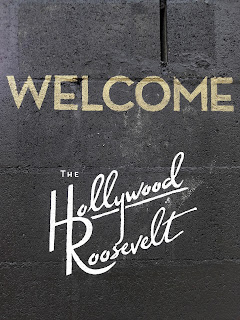 At 5:00pm, on Saturday, April 8th, 2017,  a special screening was held in the Blossom Room at the Hollywood Roosevelt Hotel the “Hollywood Home Movies: Treasures from the Academy Film Archive”. This program is a special highlight during the TCM Classic Film Festival 2017.

The screening featured roughly 5 minutes of behind-the-scenes footage, that has not been seen by the public before today, from the 1939 film classic, ZENOBIA. The most memorable part of this footage was that of Harry Langdon Sr., and a rare glimpse of Harry Langdon, Jr., age 5 and on set with his father, for the first time in his life. 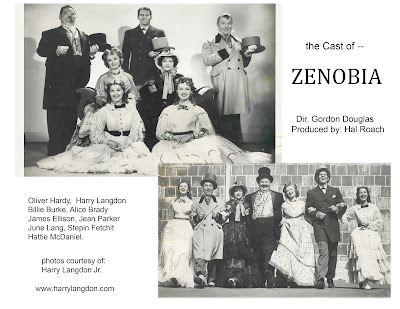 This footage was found on a home movie that was given to the Archive by the family of Billie Burke, the American actress, who was famous on Broadway and in early silent film and best known to modern audiences as Glinda the Good Witch of the North in the movie musical The Wizard of Oz.

The entire program was approximately an hour long and included other home movies from people who worked in Hollywood during the golden era of Silent Film. It was narrated live and presented by, Special Collections curator, Lynne Kirste of the Academy of Motion Picture Arts and Sciences, Film Archive. 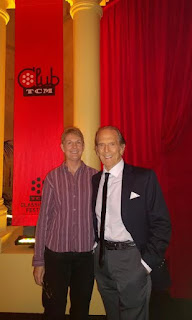 Harry Langdon, Jr. with Lynne Kirste of
the Academy of Motion Picture Arts and Sciences


Prior to the screening of the ZENOBIA footage, Harry Jr., shared with the audience, personal stories from his childhood and a recollection of what it was like to be on that set at age 5. During the narration, there was live musical accompaniment by pianist, Michael Mortilla.
The program was attended by a small group of Festival Pass holders at the Hollywood Roosevelt Hotel, on Saturday, April 8th, from 5-6pm, in the famed Blossom Room (which is the same ballroom the first Academy Awards Ceremony was held, on May 16th, 1929.)

Needless to say, it was an exceptional occasion. Thank you to Lynne Kirste and Randy Haberkamp from The Academy of Motion Picture Arts and Sciences (AMPAS), Susan Biesack and Sy Jones of TCM Turner Classic Movies, for including Harry in this once in a lifetime moment. For more information on the TCM Classic Film Festival, please visit: FilmFestival.TCM.com, for more information on AMPAS, please visit: Oscars.org. 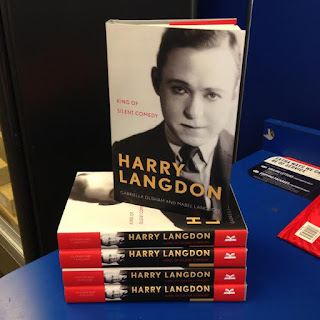 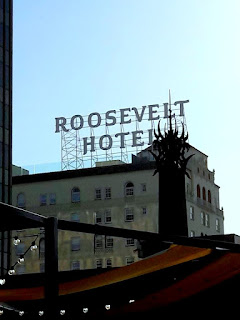 Posted by Harry Langdon at 3:57 PM No comments: 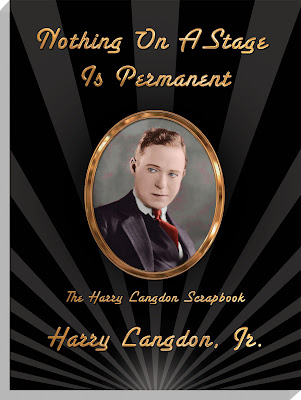 FROM THE HARRY LANGDON ARCHIVES, RARE BTS FOOTAGE OF OINGO BOINGO FROM 1979

I have located a treasure trove of “Behind the Scenes” (BTS) 70’s and 80’s film footage and videos, filmed under my direction at different studios in Beverly Hills and West Los Angeles, and even some rare interviews and personal films.
Today I am publicly sharing for the first time, rare, never before seen super 8 footage (transferred digitally to YouTube), interspersed with still photographs of the wildly popular, American Alternative Rock Band, ‪#‎OINGOBOINGO‬. I hope you enjoy it, (by the way, they designed their set backdrop and also did their own costuming and make-up!) 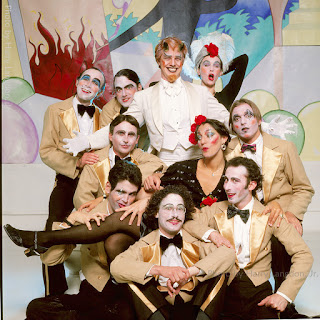 Special thanks to Lysa Nalin for her assistance in editing. If you share this on social media networks, please include this hashtag "‪#‎HarryLangdonPresents‬" so I know where it is being viewed. Thank you so much, have a great day! - HL Harry Langdon Jr.
Posted by Harry Langdon at 2:02 PM No comments: 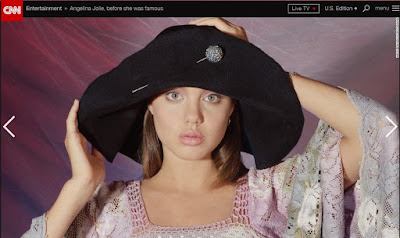 (Click on the photo of Angelina Jolie to be taken to CNN.com and
and interview CNN's Kyle Almond conducted, with Harry Langdon.)

Thank you Kyle at CNN! - HL "Before They Were Famous", featured on today's #ThrowbackThursday on #CNN (June 2, 2016), featuring 11 of the first test photos I took of #AngelinaJolie who has grown into a remarkable woman, doing incredible good deeds for humanity. All photos by #HarryLangdon. Angelina Jolie (Getty Images) #OfficialHarryLangdon
Posted by Harry Langdon at 9:39 PM No comments: